I was going to write a post about 2010, because lord knows I love a good list-based summary, but basically 2010 was total bullshit and I don’t want to think about it anymore. Three good things that happened: adopting Holly, meeting Chloe, seeing Jimmy Eat World. SO WHATEVER. BE GONE 2010! YOU REALLY SUCKED. 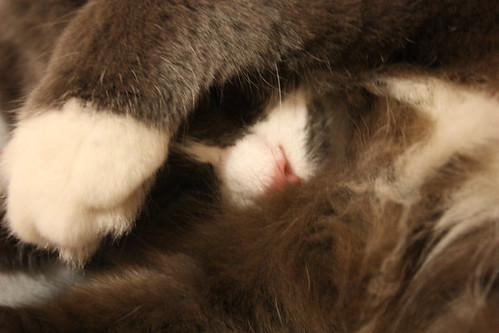 After last year, I think maybe I have learned my lesson about expecting things from allotted periods of time, because human cells and hearts and circumstance does not think like that. This year I do have some plans though. New York, obviously, and seeing Bright Eyes in New York. If you have a time machine I would advise you to go back in time and tell my 15 year old self that: I would probably vomit and / or punch myself in the face out of disbelief.  Also I am seeing Jimmy Eat World again, And Martha Wainwright, Gaslight Anthem, Millencolin and Jenny Lewis. HIGH FIVES RETARDO MUSIC TASTE!

I do have resolutions for 2011 as well. I shall tell you about these! (You were not getting away that easily without a list, lifejournal.)

1)   I am going to spend more time with my parents. Good time, not just time out of circumstances.

2)   I am going to try and not buy new clothes this year! ARGH! Secondhand clothes are fine, and I am lifting the embargo on band shirts and anything cat related, ALTHOUGH any time I buy any one of these things I am going to give something away, to a friend or charity. I am pretty disgusted at my ability to endlessly consume, hey.

3)   I am going to take a more active role in animal activism. Being unable to get out of bed for much of 2010 gave me a lot of time to get informed/reinformed on the current state of the world’s meat, fur, leather, circus and scientific industries. A bunch of this stuff made me cry, but it also made me switch political parties and realize that, sure, being vegan is fine but it is really invalid if I am sitting on the couch the rest of the time instead of actively supporting the thing I believe in the most. I never am going to be the type of person who throws red paint over fur-wearers, but I can be the kind of person who writes letters, asks questions, volunteers time an informs others.

4)   I am going to stop being a bitch and judging people before I get to know them, because OW it would hurt if I actually realized people were doing that to me and also the amount of times I am wrong about people is massive.

5)   I am going to learn something new, which sounds really stupid but my brain is shutting down! I have always wanted to learn sign language. I also want to relearn the guitar so I can serenade Sean with Kelly Clarkson covers all day.

I AM PRETTY SURE THESE GOALS ARE KIND OF ACHIEVEABLE, HEY.

Anyways, I’ll let you know how I go, but for the meantime, I am going to tell you about yesterday, because it was the greatest day: Sean and I woke up real late, and I went to Chloe’s house where I am looking after her cat. We played a while in the yard and then I fell asleep in the huge hammock on the porch. I borrowed one of Chloe’s summer dresses and walked home so Sean and I could go get some paper and sugar and apple cider vinegar. I wore leopard print summer slippers. We came home and I made chocolate vegan cupcakes, with pictures of Tinkerbell on top, who rules, obviously. They came out of the oven and it was pouring with rain so we got in the pool in our clothes and had sommersault competitions. Sean cleaned the kitchen while I hung out with Holly and Hercules, and then I cooked red pasta and we watched ROCK OF LOVE which ruins the whimsy of this paragraph totally, but by GOD is it an amazing show. Don’t threaten me with a good time. 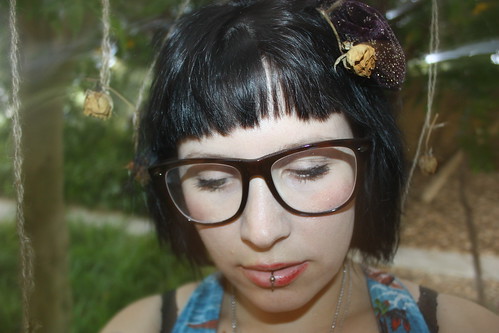 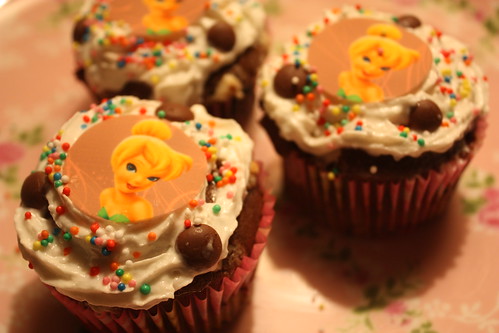 I stayed up until 2am decorating our bedroom with scarves and photos and old posters and I woke up feeling pretty great. Probably the best day ever. Not even going to try beating that in ’11.
HAPPY NEW YEARS BABY DOLLS!